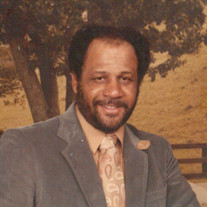 On the morning of April 20th, 2016, Wayne Allan Burnett, Sr., passed away from natural causes at his home in San Bernardino, California. He was 78 years old. Wayne is now at peace and rest in the loving arms of his Savior, Jesus Christ, and happily reunited with his daughter Stephanie Burnett Lucas. Wayne was born in Fort Scott, Kansas, to Helen Burnett (Maloney), on June 14, 1937. During Wayne’s high school years, he was a star athlete playing on Fort Scott High School’s baseball, basketball and football teams. He graduated from Fort Scott High School in 1955, and enrolled at Fort Scott Community College (FSCC) in the fall of that same year. Continuing his natural talent and passion for sports, Wayne played both basketball and football at FSCC. Neil Dikeman, of the Fort Scott Tribune, described Wayne as a “good hustling freshman from Fort Scott, 5-10, 167-pound guard who doubles as a football quarterback—quick, fast and aggressive. A good ball handler and shoots well off drive. He will definitely be a cog for the Greyhounds.” In 2006, Wayne was inducted into the Fort Scott Community College Athletic Hall of Fame for both football and basketball. After attending FSCC for two years, Wayne transferred to Pittsburgh State University (PSU) where he achieved one of his greatest accomplishments by winning the National Association of Intercollegiate Athletics (NAIA) Championship bowl, in 1957, as a player on the Pittsburgh State Gorillas football team. In 1960, Wayne graduated from PSU with a bachelor’s degree. Though a gifted athlete, he passed up the opportunity to play professional football in order to take care of his family. In 1960, Wayne joined the U.S. Army’s 101st Airborne Division, the Screaming Eagles, as a paratrooper. One of his proudest moments as a Screaming Eagle was having the opportunity to jump with General W.C. Westmoreland, who most notably commanded the U.S. forces during the Vietnam War. Wayne held jobs as an ambulance driver, Sunday school teacher, collections officer, and group home worker. However, it was his 30 years as a psychiatric technician, with Patton State Hospital, that had the greatest impact, and where he made many lasting friendships. Wayne was an extraordinarily kind man, who was known to give the shirt off his back and open his home to anyone in need. No one was considered a stranger to Wayne because he showed compassion to all those he encountered. Wayne had a knack for making friends, which resulted in him having friends from every walk of life and corner of the globe. Likewise, he had a special way of making people feel like part of his family, which is how he lovingly became known as “Pops”. Wayne always had jokes, and could play anyone under the table when it came to dominos. Wayne was a father, grandfather, great-grandfather, brother, uncle, and friend. He was loved by all those fortunate enough to know him, and will forever be missed. Survived and Preceded Wayne was survived by: his sons Wayne (Becki Worley) Burnett, Jr., and Jason (Kendra) Burnett; daughters Terri (Milton) Blackburn, Cynthia Burnett-Smith, and Myla Burnett; grandsons Joshua Burnett, Brandon (Karen) Blackburn, Roland (Laura) Burnett, Jesse Boone, Kedar Smith, Sheldon Burnett, Jeffrey Jones II, and Tobias Burnett; granddaughters Cheree Thomas, Larissa Lucas, Tela (Hauns) Brereton, Cyera (Ulises) Villegas, and Claire Burnett; great-grandsons Eddie Boone, Kaylub Burnett, Jordan Burnett, AJ Burnett, and Ducan Burnett; great-granddaughters Anissa Boone, Heavenly Newels, Tai Newels, Mia Blackburn, Jordyn Blackburn, and Hailey Blackburn; brothers Richard Maloney, Gordon Maloney, Stephen (Joyce) Maloney, and Charles Maloney (deceased April 22, 2016); sisters Pamela (Chaz) Hales, Charlene Crawford, Sharon Smith, and Becky (Gregory) Kendrick; ex-wife and friend Margaret Ruth Burnett, close friend Roger Fowler, and a host of nephews, nieces, cousins, and friends. Wayne was preceded in death by: his mother Helen Burnett (Maloney), brothers Preston Maloney, Bernard Burnett (twin), Robert (Bobby) Burnett; daughter Stephanie Burnett Lucas; great-granddaughter Reazhane Boone; and his ex-wife Beverly Lewis.

On the morning of April 20th, 2016, Wayne Allan Burnett, Sr., passed away from natural causes at his home in San Bernardino, California. He was 78 years old. Wayne is now at peace and rest in the loving arms of his Savior, Jesus Christ, and... View Obituary & Service Information

The family of Wayne Allan Burnett , Sr created this Life Tributes page to make it easy to share your memories.

Send flowers to the Burnett family.