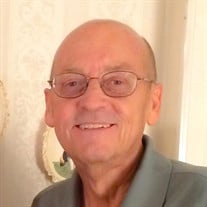 Walter Travis Stewart, Jr. (63), Beaumont, California, passed away Dec 30, 2015 after a long battle with lymphoma. He was born Feb 29, 1952 in Salt Lake City, Utah, to Walter Travis and Ruth Francis Stewart. He attended school in Salt Lake, then England and Germany while his family served LDS Building Missions, and, upon the family’s return to Benjamin, Utah, graduated from Spanish Fork High School. He faithfully served in the Central Germany Mission. He received a BS and MA from Brigham Young University, then a PhD from Ohio University. He taught Information and Decision Sciences at CSUSB for 31 years. He married his sweetheart, Marcia Nielson, in the Manti Utah Temple. His pride and joy were their eight children Elizabeth (Tyler) Monson, Ann Fardanesh, Emily (AJ) Righter, Karin (Bryan) Brown, Jill Stewart, Michael (Joanna) Stewart, Katie (Ryan) Stouvenel, Matt Stewart, and 19 grandchildren. Among his callings in the Church of Jesus Christ of Latter Day Saints he gladly served as seminary teacher, Young Men’s leader, bishop, counselor in the San Bernardino Stake Presidency and YSA Ward bishopric, and ordinance worker in the Redlands California Temple. He also volunteered in the Boy Scouts of America and as a coach and regional commissioner at the local youth soccer organization for many years. Funeral services were held in San Bernardino, California on Jan 2. A memorial service will be held at the Benjamin LDS Church, Saturday, Jan 9, 11am. All are welcome. Internment at the Benjamin Cemetery.

The family of Mr Walter Travis Stewart Jr created this Life Tributes page to make it easy to share your memories.

Send flowers to the Stewart family.