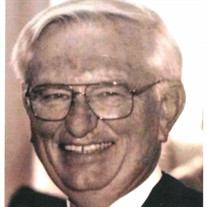 Ronald was born June 6, 1938 in Huron, South Dakota to Lyle and Pearl Bindenagel of Frankfort, South Dakota, and passed away on November 2, 2015. He grew up on a farm in the Frankfort area and graduated from Frankfort High School in 1956. He earned his BS degree in Industrial Engineering from Arizona State University in 1962. After graduation, he was employed at Kaiser Steel in Fontana, CA. He married Barbara Duncan on August 14, 1965, and they made their home in Upland, CA. Upon closure of Kaiser Steel, he began his second career with Northrop Grumman in Pico Rivera. He was proud to have worked on the Stealth B-2 Bomber project. After the death of his wife in 1988, he soon retired and made his permanent home in Crestline, CA, where the family had enjoyed many years on holiday. He enjoyed playing softball, fishing and camping with friends. For many years, he looked forward to annual pheasant hunting with family back on the farm. He also enjoyed many years of helping with the family planting and harvest seasons. He was a fixture at the local Crestline Café, and enjoyed daily meals while visiting with friends. Ronald is survived by his daughter, Kelly (Michael) Causi and her children, Justin Overstreet, Jessica (Michael) Erwin and their children (Isabella, Jacob, Charlotte, and Nora Mae) and Kristie Koehn. He is also survived by his step-daughter, Janice (Frank) Acosta and their son, Wesley, and his children (Frank Jr. and Trevor). Ronald is also survived by his sister, Sharon (Nicholas) Kounas and their sons, Tony (Denise) and his children (Dayna and Dylan) and Jason. He is also survived by his brother, Arden (Deanna) Bindenagel and their daughter, Anne (Bjorn) Aamot and their children (Callie and Candice) and their son, Kurt. He is preceded in death by his wife, Barbara, and parents, Lyle and Pearl Bindenagel.

Ronald was born June 6, 1938 in Huron, South Dakota to Lyle and Pearl Bindenagel of Frankfort, South Dakota, and passed away on November 2, 2015. He grew up on a farm in the Frankfort area and graduated from Frankfort High School in 1956.... View Obituary & Service Information

The family of Ronald Paul Bindenagel created this Life Tributes page to make it easy to share your memories.

Send flowers to the Bindenagel family.