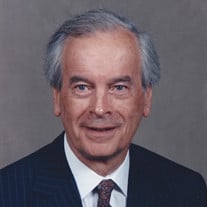 Robert Allen Longmire peacefully passed away on a beautiful sunny day in Sherman Oaks, California. He was born in Utica Mississippi, the first child of Roy and Louise Longmire. His memories of early childhood are happy ones, featuring a loving and nurturing family, with brothers Harmon and Bill, cousins and kind neighbors. In 1941 he entered Mississippi State University studying Chemical Engineering. His studies were interrupted by the United States entry into World War II. On December 14, 1942 Bob joined the Air Force to become a pilot at the young age of nineteen. He completed transition training in the B-24 & B-29, but the war ended before he was transferred overseas. Bob decided to remain a carrier officer in the United States Air Force. He flew many trips in his C-54 into Berlin on the Berlin Air Lift. Years later, during the Korean War he flew trips into Tokyo and Korea to supply this Nation. Some peacetime assignments included the Joint Air Transportation Board where he was aide de camp to Major General Hoag. In 1953 he married Miss Hildegard Lotter of Darmstadt Germany. In 1956 he graduated from Air University Air Command and Staff College. He then served at Norton Air Force Base from 1960-1963 as Operations Officer. In 1963 Bob was assigned to the American Embassy in Bonn, Germany. His next assignment was Nakhom Phanom, Thailand where he supported operations in Laos and Vietnam. Bob’s decorations and awards are many. In 1964 he graduated from the University of Maryland with a Bachelors Degree in Science and History. In 1970 he received his Master’s Degree of Arts in Political Science from the University of Southern California. In 1972, after 30 years in the Air Force, Bob retired as Lieutenant Colonel. He then joined Golden Gate University, San Francisco as Resident Dean of Off Campus Programs in California and Nevada. During this time he received a Doctor of Philosophy in Human Behavior from the United States University, San Diego. He was a long time active member of the Lutheran Church of Our Savior in San Bernardino, the church he loved. He was active in the Elks Lodge 836 where he served as Scholarship Chairman for the High Schools. He was a proud member of the Military Officers Association of America, Berlin Airlift Veterans Association, Order of Daedalians FLT 30, and Kappa Alpha Fraternity. He is survived by his wife Hildegard, daughters Viktoria Vidali, Stephanie Longmire-Lazic, and his three grandchildren; Alexandra, Lorenzo and Orlando. A funeral service will be held at Lutheran Church of Our Savior, 5050 N. Sierra Way, San Bernardino, 92404 – 11:30am Tuesday, January 23, 2018. Burial Service will be held at Riverside National Cemetery, 22495 Van Buren Boulevard, Riverside, 92518 – 9:45am Wednesday, January 24, 2018. In lieu of flowers, the family requests that memorials be directed to Lutheran Church of Our Savior or Alzheimer’s Research.

Robert Allen Longmire peacefully passed away on a beautiful sunny day in Sherman Oaks, California. He was born in Utica Mississippi, the first child of Roy and Louise Longmire. His memories of early childhood are happy ones, featuring a loving... View Obituary & Service Information

The family of Robert Allen Longmire created this Life Tributes page to make it easy to share your memories.

Robert Allen Longmire peacefully passed away on a beautiful sunny...

Send flowers to the Longmire family.