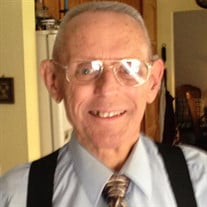 Raymond K. Patchan, 69, of Redlands, CA, joined his loving wife Jane in eternal life on February 10, 2016. Ray was also preceded in death by his beloved parents Raymond T. and Marcella M. (Koch) Patchan. Ray was born in Cleveland, OH and moved to California with his family when he was 10. The eldest of three children, he graduated from San Bernardino High School (Class of ’64) where was a member of the Varsity Football and Wrestling teams. He loved to race cars with his friends at the Fontana Raceway, mystifying his parents as to why their station wagon needed a new transmission. He began to his lifelong career with the United States Postal Service immediately after graduation, until he was drafted into the United States Army at the age of 20. He served during the Vietnam War but spent his military years in Germany. After two years of service he was honorably discharged and resumed his postal career. He began his 37 years at the postal service as a mail carrier driving the old 3 wheel Mailster; which of course he modified slightly to improve the performance! From there he went up the ranks into supervision, becoming the Postmaster of both Calimesa and Fontana. He ended his career as the Manager of the Remote Encoding Center in Riverside. He met the love of his life, Alice Jane in 1997 and they went on to get married in 1999. They made their home in Redlands, CA where they lived until her passing in 2011. Despite his rough initial demeanor, Ray was a kind-hearted friend and neighbor. After his retirement, he worked on computers and would often fix friends’ machines. He enjoyed helping out his neighbors and spent many hours chatting in his garage. His love of cars continued into his later years. He also loved animals, especially his last companion JR, the family dog. Ray will be deeply missed by his sisters Joyce (Bob) Gwinner and Beth (Steve) Backer, his niece Karen (Eric) Resendez, nephews Keith (Tracey) Gwinner, Adam and Kyle Backer, great nieces Jordan, Peyton and Teagon Gwinner and great nephews Aidan Resendez and Jacob and Logan Gwinner. A memorial service will be held on March 3, 2016 at 10 am at Bobbitt Memorial Chapel, 1299 E. Highland Ave. San Bernardino, CA 92404 with a committal service to follow at 12 noon at Riverside National Cemetery 22495 Van Buren Blvd, Riverside CA 92518.

The family of Mr. Raymond K. Patchan created this Life Tributes page to make it easy to share your memories.

Send flowers to the Patchan family.