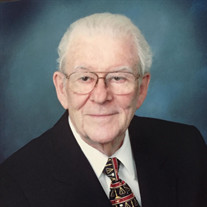 Philip Kassel was born on June 28, 1926 in Colton, CA. His parents were two Russian immigrants that opened a clothing store in San Bernardino. He and his brother Harold lived in the back of the store and were brought up very poor in younger years. His parents had their first house when Philip was approximately 17 years old. At 18 years of age, Philip enlisted in the Marine Corps and served in World War II in Guam, and eventually in Tokyo, Japan. He attended Valley College for two years and subsequently went to the University of Redlands, where he graduated Cum Laude. In 1952, Philip graduated from USC Law School. He was first employed with the District Attorney’s Office in 1953, when there were only four DA’s in the entire County. In 1955, he joined the Law Firm of Perry and Holcomb, our previous Judge and Mayor. After working with Holcomb, Kassel and Perry, he joined the Law Firm of Garza, Kassel and Jordan, practicing primarily Criminal Law. In 1981, he moved with his son, Sanford Kassel to join the firm of Kassel and Kassel. In 1989, Philip’s youngest son, Gregory Kassel, joined the firm of Kassel & Kassel. From 1990 to 2016, Philip Kassel worked with Gregory Kassel, Attorney Timothy Knight and Attorney, Wilson Wong. Philip has always believed in legal aid and Philanthropy. He realizes that if it weren’t for the GI bill, he would’ve never became an Attorney in the first place. Philip Kassel has been a member of all Federal Courts, local courts, and a multitude of legal societies, including; The American Board of Trial Advocates, California Attorneys for Criminal Justice, Inland Trial Lawyers Association, American Bar Association. He also received the John B. Surr Lifetime Award of the San Bernardino County Bar Association. Additionally, Philip was an AV rated Attorney by Martin Dale Hubbell. Philip is survived by his children Sanford (Debbie) Kassel, Gregory (Susan) Kassel and Melinda Herrick. Grandsons, Zach Herrick, Gavin, Jeremy and Benjamin Kassel, granddaughter, Shanna Kassel and 1 great granddaughter, Winter Kassel. Funeral services will be 11: 00 a.m., Monday, October 16, 2017 at Bobbitt Memorial Chapel, 1299 E. Highland Ave. San Bernardino, CA. with entombment to follow at Home of Eternity Cemetery, 801 Sierra Way, San Bernardino, CA. Following entombment services, a reception will be held at 1:30 p.m. at the Arrowhead Country Club for family and friends. In lieu of flowers, contributions should be made to The Salvation Army, 363 South Doolittle Road, S.B., CA 92408 or charity of choice. On line condolences may be left at www.bobbittchapel.com.

Philip Kassel was born on June 28, 1926 in Colton, CA. His parents were two Russian immigrants that opened a clothing store in San Bernardino. He and his brother Harold lived in the back of the store and were brought up very poor in younger... View Obituary & Service Information

The family of Mr. Philip Kassel created this Life Tributes page to make it easy to share your memories.

Send flowers to the Kassel family.