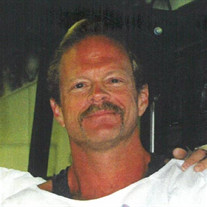 Mark Timothy Lattin from Highland, California, died unexpectedly at St. Bernadine Medical Center on March 11, 2016 at the age of 59. Mark was an accomplished outdoorsman who grew up fishing, hunting, camping and hiking with his father, Gary Grant Lattin and younger brother, Randy. He excelled at archery, and his ability to focus on the target in sports and life came naturally. Mark Timothy Lattin was born on May 20,1956 at Ft. Bragg Army Base in Fayetteville, North Carolina, to Carol Ruth Elliott and Gary Grant Lattin. His childhood was full of adventure being the son of an Air Force officer and pilot. They called home in many places from Tokyo, Japan to Okinawa to Long Island, New York to Abilene, Texas then Anchorage, Alaska before settling in Highland, California as a young student in 7th grade. Mark loved traveling, and exploring new areas. He graduated from San Gorgonia High School in 1975 and continued his education at Valley College. Following his passion for the outdoors Mark moved to Suzanville, California to attend Lassen College to earn his degree to be a park ranger while working as a ski instructor. As an adult Mark worked in construction, but his passion for health led him to pursue a career as a fitness trainer at Gold’s Gym, Yucaipa. He enjoyed teaching because he was a giver. Mark always wanted the best for others, whether he was teaching them how to ski or training them at the gym. With the growing concern for the planet’s health, Mark enrolled to earn his degree at California State University in San Bernardino in environmental engineering. He loved expanding his education, and considered himself a perpetual student of life committed to helping others pursue their dreams and honor the health of the planet. Mark was a free spirit who thrived in environments without boundaries. He was a quiet man who liked people and listened intently. He is survived by his mother, Carol Ruth Lattin of Highland, California; his pups Bingo and Buddy (who he rescued); his uncle, Donald Elliott and aunt, Nancy Elliott, of Riversdale, North Dakota; his aunt Joyce Elaine Jonekos of Henderson, Nevada; and cousins Linda Miller from Minot, North Dakota, Lezlee Messick from Louisiana, Stanley Joseph Jonekos, II of Denver, Colorado and Staness Jonekos from Los Angeles, California. He is preceded in death by his father, Gary Grant Lattin and brother, Randal Lattin of Highland, California; his grandmother, Jessie Mae Elliott; uncle, Stanley Joseph Jonekos, Jr. of Tucson, Arizona; his first dog Niki who was an Alaskan Malamute, and Chipper his feisty Jack Russell Terrier. His last fishing trip in Riversdale, North Dakota with his brother, Randy, and Uncle Don six years ago was one of his happiest journeys. May he rest in peace fishing forever in the world beyond with his father and brother.

Mark Timothy Lattin from Highland, California, died unexpectedly at St. Bernadine Medical Center on March 11, 2016 at the age of 59. Mark was an accomplished outdoorsman who grew up fishing, hunting, camping and hiking with his father, Gary... View Obituary & Service Information

The family of Mark Timothy Lattin created this Life Tributes page to make it easy to share your memories.

Send flowers to the Lattin family.