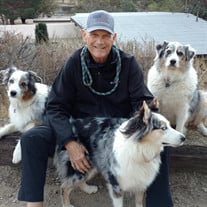 Mark F. Brownton of Devore,California, and originally from La Grande, Oregon, died Friday, July 12, 2019 from complications of Agent Orange, MRSA and cancer. A celebration of his life will be held on Thursday, July 25, 2019 at 2 pm at Bobbitt Chapel, 1299 E. HIghland Avenue, San Bernardino, CA. A reception will follow at Arrowhead Country Club. The family encourages donations in Mark’s memory be made to The Perris, California High School FFA Chapter: Perris High School, Attn: Douglas Cousins, 175 East Nuevo Road, Perris, CA 92571. Memo line: FFA Scholarship. Mark was the third child of Wesley and Gerda Brownton and was born in La Grande, Oregon on January 25, 1948. He joined sisters Carol and Sally and 8 years later sister Cindy was born. He was the best of the best, a fun brother, a great dad and granddad, a loving and faithful husband, loyal friend, an entrepreneur, businessman, sportsman, golfer, mountain biker, hiker, dog walker, and true believer that Jesus Christ was and is His Savior. Mark was raised in La Grande and graduated with the Class of 1966 from La Grande High School. He served as the Oregon state FFA president from the spring of 1966 to the spring of 1967 and then immediately registered for college at Eastern Oregon University in the spring. He was drafted into the Army in the summer of 1967 and enlisted in the fall. HIs boot camp was at Fort Lewis, Washington and he spent a year in Viet Nam in 1968-69. After his honorable discharge from the army he lived in Ellensburg, Washington where he attended college and began his interesting life of entrepreneurship. It was there he met the love of his life, Laura Lee Webster at a pizza parlor. Mark and Laura Lee were married in the The St. Andrews Catholic Church in Ellensburg on November 30, 1974. In December of 1981 their beautiful daughter, Lisa Michelle, came into their lives. In 1982 the family moved to southern California where they have remained and flourished. Mark has been successful in several business ventures and the last one, Southern California Mulch, INC., is now ably owned and managed by his daughter and son-in-law. He is survived by his wife of almost 45 years, Laura Lee of Devore, California; daughter Lisa and her husband Bruno Buigues; and granddaughter Blaire who brought him so much joy in the past 18 months and by sisters Carol Lindsay of White Salmon, Washington and Sally Wiens and husband Mike of La Grande, Oregon plus many other relatives and a host of friends. He was preceded by his parents Wesley (2001) and Gerda (2019) and by his sister Cindy (2009).

Mark F. Brownton of Devore,California, and originally from La Grande, Oregon, died Friday, July 12, 2019 from complications of Agent Orange, MRSA and cancer. A celebration of his life will be held on Thursday, July 25, 2019 at 2 pm at Bobbitt... View Obituary & Service Information

The family of Mark Frederick Brownton created this Life Tributes page to make it easy to share your memories.

Send flowers to the Brownton family.