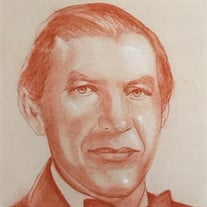 Leopold Edmund Cichocki was born in Cleveland, Ohio on November 15, 1922 and passed in his home on May 23, 2019 in San Bernardino, CA. Leo attended public schools in Cleveland and received his Bachelor’s degree as a music major from THE Ohio State University. He later received his Master’s degree from Indiana University. While at Ohio State, he was a proud member of the The Best Damn Band In The Land playing the E flat horn. He excitedly returned to march with them in 2014 at the annual Band Alumni game against Kent State. After graduation, he returned to Cleveland and was working at Karamu House as a stage manager when he met one of the theater’s stars, the love of his life, Sylvia. They were married in 1957 and moved to California shortly thereafter. After moving to San Bernardino, Leo began teaching music at Golden Valley Junior High School in the San Bernardino City Unified School District. He also opened Cajon High School and taught at Del Vallejo and Shandin Hills Middle Schools as well as several area elementary schools. After he retired, he returned to San Gorgonio High School to teach orchestra part-time. He had a distinguished career as a musician and played violin for several area orchestras. Leo was a charter member of the Riverside Symphony. He also was a member of the San Bernardino and Redlands Symphonies and performed for many summers at the Redlands Bowl. In the 1980’s, Leo became the conductor of the High Desert Symphony and taught at Victor Valley Community College. He later joined the Claremont Symphony and served for several years as Associate Conductor. After retiring from playing professionally, he remained a supporter of the Claremont Symphony and their Youth Orchestra program. Leo also taught violin privately and was a member of several chamber groups throughout his career. Many know Leo, as an avid golfer. He played 18 holes of golf well into his 90s and still carried several clubs and his putter in his car so he could stop and practice his chipping and putting when ever he so chose. A chance encounter at a meeting held at the Arrowhead Country Club would lead Leo to volunteer with the Pacific Pioneer Broadcasters, an opportunity he loved and looked forward to each month. Leopold was preceded in death by his wife of 46 years, Sylvia. He is survived by his daughter Mikki Cichocki-Semo (Dave), son Martin Cichocki (Alexandra) and his three grandchildren Olivia, Jonah and Aiden. Donations may be made in lieu of flowers to THE Ohio State Marching Band (TBDBITL) General Scholarship on-line at www.tbdbitl.osu.edu/give or mailed to THE Ohio State University Foundation 1480 W Lane Ave Columbus Ohio 43221 and indicate TBDBITL Scholarship/Leo Cichocki.

Leopold Edmund Cichocki was born in Cleveland, Ohio on November 15, 1922 and passed in his home on May 23, 2019 in San Bernardino, CA. Leo attended public schools in Cleveland and received his Bachelor&#8217;s degree as a music major from THE... View Obituary & Service Information

The family of Leopold Cichocki created this Life Tributes page to make it easy to share your memories.

Leopold Edmund Cichocki was born in Cleveland, Ohio on November...

Send flowers to the Cichocki family.