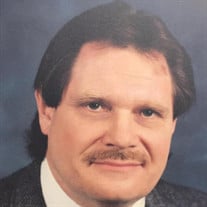 Klaus Kuehn, M.D. b. April 1, 1938 d. May 9, 2020 Dr. Klaus Kuehn was born in Breslau, in the Silesia region of Germany, to Max and Anneliese Kuehn (Hecht). In 1945, at the end of World War II, the family was forcefully relocated when that part of Germany was annexed to Poland. They ended up in Wolfenbuettel, near Brunswick, West Germany. He started high school in Wolfenbuettel, but the family moved again to Ulm, in Bavaria, where he finished high school. In 1956 his mother, two brothers, and younger sister emigrated to the United States with the help of the Lutheran Church. He attended St. Olaf College in Northfield, Minnesota, and the University of Minnesota, graduating from Medical School in 1963. During this time in 1961 he married Eileen Nordgaard, having two children. When his family moved to California, he and Eileen followed, where he completed his medical internship at the UCLA affiliated Hospitals. He served in the US Army Medical Corps from 1964 to 1966 at the rank of Captain, specializing in Preventive Medicine. He then practiced Family Medicine, working for Kaiser Permanente. In 1968, he started residency training in Ophthalmology at UCLA, finishing in 1971. He practiced Ophthalmology in San Bernardino from 1971 to 2001, initially in partnership with the late Dr. Fred Hull. During this time, he met and in 1974 married his second wife, Lynda Hubbs. They founded the Eye Center of San Bernardino, providing Medical, Surgical and Optical Eye Care. The Eye Center was operated in a building they constructed and housed a fully functional ambulatory surgical center. Dr. Kuehn is preceded in death by his father (1951), mother (2001), younger sister Gerlinde (1998), first wife Eileen (1995), and brothers-in-law Helmut & Andreas. He leaves behind Lynda, his loving wife of over 45 years, older sister Gisela of Wolfenbuettel, Germany, younger brothers Hannes (Rosi) of Simi Valley, Dietmar (Julie) of Colorado City, daughter Kristina Rysedorph (Trent Robertson) of San Diego, with grandchildren Jasper, Jared & Joshua, son Stephan (Kristi) of San Jose, with grandchildren Kevin and Lindsey, son Fred Edwards of Yucaipa, with granddaughter Nicole, numerous nephews and nieces, and beloved poodle Beebee. Dr. Kuehn loved music of all kinds, especially classical. He played violin in the St. Olaf Orchestra and was active locally with the Community Concert Association. He continued to play his violins and other musical instruments in his collection to the delight of all at family gatherings. He enjoyed travelling extensively with his wife Lynda and family, both in North America and Europe. He also had a passion for photography, and for collecting cameras among other things. Though not an active member of a congregation, he was baptized and confirmed in the Lutheran Church. Services are not planned, but per his wishes a Celebration of Life will be held at a future date.

Klaus Kuehn, M.D. b. April 1, 1938 d. May 9, 2020 Dr. Klaus Kuehn was born in Breslau, in the Silesia region of Germany, to Max and Anneliese Kuehn (Hecht). In 1945, at the end of World War II, the family was forcefully relocated when that... View Obituary & Service Information

The family of Klaus Kuehn M.D. created this Life Tributes page to make it easy to share your memories.

Send flowers to the Kuehn family.