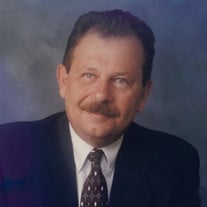 John’s body succumbed to cancer on March 3, 2019, in Upland, California. Born to Denis and Sophia Mouzakis in Los Angeles, California, on April 30, 1948. John first lived in Hollywood, California with his parents, grandparents, two siblings, Denise and Basil. John moved to Brooklyn, NY, followed by Sherman Oaks, California. In 1967, John enlisted in the US Army and served two tours in Vietnam. At the conclusion of his wartime service, John moved back to the San Fernando Valley, In 1975, John married Madge Sue Smouse and moved to Alta Loma, California to start a family. John had a son, Dennis, and twin daughters, Elizabeth and Kathryn. John’s wife, Madge, passed away in an automobile accident in 1995. After the death of his wife, John opened a private investigative firm so that he could be closer to his children. John was remarried to Christina Marie Hoffman in 1997. John was ecstatic at the gift of four grandchildren: John, Amelia, Thomas, and Nicholas. John Mouzakis’ love for this country translated into a life of service to others. Inspired by President Kennedy, John devoted much of his young life in service to our nation. After his national service, John enthusiastically poured his efforts and attention into being a husband and father. John’s ambition was that his children would surpass his own accomplishments. To that end, John did not fail to set his offspring along the path he had planned for them. John Mouzakis was a dreamer and tenaciously persistent in all of his pursuits. John was loving, kind, and a force of will. John is survived by his wife Christina, his three children, Kathryn, Elizabeth, and Dennis, his brother Basil, his sister Denise, and his four grandchildren, John, Amelia, Thomas, and Nicholas.

The family of John Dennis Mouzakis created this Life Tributes page to make it easy to share your memories.

Send flowers to the Mouzakis family.