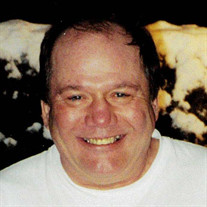 On Tuesday, March 19, 2019, James Frederick Hines Sr., loving father and son, passed away at the age of 71. He was born on December 30, 1947 in San Bernardino, CA to Cecil and Josephine Hines. He graduated from Pacific High School in 1966. He attended and graduated from the police academy and went on to be a police officer for the West Covina Police Department until he was injured in the line of duty. After retiring, he had several jobs, but the most notable was being Hugh Hefner’s personal bodyguard at the Playboy Mansion. He started his own private investigation business, Tri-County Recovery, in Palm Springs, CA, in which he owned and ran for 20 years. He had his son, James Hines Jr., on July 26, 1994. To James Sr., James Jr. was his world. James Jr. had several health issues when he was younger and many thought he would not survive. Once he beat the odds, James Sr. wanted to make sure whatever James Jr. needed he would do his best to provide. They did everything together: golf, road trips, listen to music, cook, etc. In addition, James Sr. enjoyed listening to music from the 50s and 60s and watching tv shows and movies from the same era. Although he was open to any music genre, he listened to big band the most. His favorite movie was Casablanca and his favorite TV show was M*A*S*H, although All In The Family was a close second. He was known for his great smile and infectious laugh. James was preceded in death by his father, Cecil. He is survived by his mother, Josephine, his son, James, Aunt Jean Cohn, several cousins and many friends. A funeral service will be held on Wednesday, March 27, 2019 at Bobbitt Memorial Chapel and will be laid to rest at Mountain View Cemetery, both in San Bernardino, CA.

On Tuesday, March 19, 2019, James Frederick Hines Sr., loving father and son, passed away at the age of 71. He was born on December 30, 1947 in San Bernardino, CA to Cecil and Josephine Hines. He graduated from Pacific High School in 1966. He... View Obituary & Service Information

The family of James F. Hines Sr. created this Life Tributes page to make it easy to share your memories.

Send flowers to the Hines family.