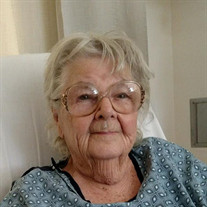 Fern Marie Bailey was born August 13, 1921 in Coachella CA to a Norwegian immigrant named Charles John Pollen and Marisa Gaindon from Baraga, Michigan. They soon relocated to Fontana, CA where Fern went to school. Although she excelled in school and was an A student, she fell in love with her high school sweetheart, Larry Ledford and they were married in 1937, before she was able to graduate high school. In 1941 Larry Jr. Was born, but passed away from Leukemia in 1943. During the war years, Fern took an aptitude test and was assigned to the Inner Communication Systems at Norton Air Force Base and became an inspector. She also worked the swing shift at the Bomb Plant in North San Bernardino. Her and Larry grew apart and divorced in 1946. Fern continued to work after the war and met and married Fred Collins Draggoo, He was a Real Estate Agent and Fern was inspired to get her license as well. They had a daughter, Sandy Jo Dragooo in 1948. They were quite "well to do" and bought, managed and sold business property though out the 1950's but in her own words, "I never enjoyed the materialistic and fake life I was living" and her and Fred divorced 10 years later. Fern continued working in business and in Real Estate. She married Paul Bailey in 1959 and they had Paula Bailey, February 4 1960. Fern and Paul bought a ranch in Highland and started a horse boarding business which she managed, while Paul worked as a liqueur salesman. In 1979, after Paula had graduated high school, Fern, at the age of 59, started the Enchanted Attic Costume Shop on Baseline in Highland, California. She had an opportunity to buy a large amount of garage sale clothes for 100.00 and proceeded to sew them into costumes, with the help of a neighbor. The Enchanted Attic opened in 1979 with less than 100 costumes. It has grown over the past 39 years with over 20,000 costume rentals. Fern was recognized as a designer, as well as a business woman when her costumes won the NCA National Champion of the United States 3 times. This, as well as, the lasting success of the Enchanted Attic proved to be her legacy. She never officially retired from working at the shop, but after a 2nd heart attack and a case of shingles she stayed home and she continued to contribute significantly well into her 90's. Fern is survived by her daughters, Sandy Carso, Paula Bailey; granddaughters Lennie Carso, Anna Adams, and 4 great great grand daughters and 6 great great great grandchildren.

Fern Marie Bailey was born August 13, 1921 in Coachella CA to a Norwegian immigrant named Charles John Pollen and Marisa Gaindon from Baraga, Michigan. They soon relocated to Fontana, CA where Fern went to school. Although she excelled in school... View Obituary & Service Information

The family of Fern Marie Bailey created this Life Tributes page to make it easy to share your memories.

Send flowers to the Bailey family.