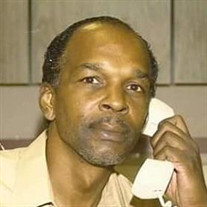 Ellis Martin Stewart Jr. was born on August 14, 1951 in Chicago, Illinois. He passed away early morning on March 18, 2019 after an intense battle with heart disease. Ellis, also known as Marty to family and friends, is a loving father. He cared deeply towards his wife and children, willingly to go and beyond to ensure them safety and comfort. After high school, he enlisted into the military, joining the United States Marine Corps, and fought bravely in the Vietnam War—displaying excellence and professionalism in Operation Quick Jab, Eagle Pull and Frequent Wind. He held high honors from his peers, achieving the rank of Staff Sergeant before he left the service. He worked at the Veterans Hospital of Loma Linda, where he met his wife, Leslie Christopher, Ellis was fond of all kind of sports, loving their athleticism and skill, such as Track & Field, Basketball and Football. He loved to watch old-timey movies, such as Western flicks, and love the improvement of technology, which help to form stronger connection with his brothers and sisters across the country. He passed along his wisdom, experience and knowledge about life towards his family—and we will continue to honor his legacy through generations. He was a great man; he was the proud, the strong and most importantly, the brave. Ellis was predeceased by his son, Leron Lacey, a few months prior his passing, He is also predeceased by his grandparents, whom loved deeply. He is survived by his sons, Maurice Ellis Stewart and Ellis Starr; his daughter, Angela Belle Stewart and his wife, Leslie Christopher. He is also survived by his step-daughter, Brittany Christopher and her husband, Matthew; his step-daughter, Ashley Christopher and many of his niece, nephews and grandchildren. The Stewart Family wishes gratitude for their support and comfort before and after his passing. His body may be gone, but his soul still burns in all of us.

Ellis Martin Stewart Jr. was born on August 14, 1951 in Chicago, Illinois. He passed away early morning on March 18, 2019 after an intense battle with heart disease. Ellis, also known as Marty to family and friends, is a loving father. He... View Obituary & Service Information

The family of Ellis Martin Stewart Jr. created this Life Tributes page to make it easy to share your memories.

Send flowers to the Stewart family.