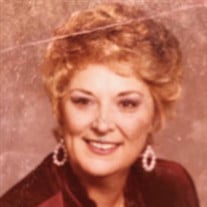 Services are pending until further notice. Elizabeth Anne Pleiss (Westmoreland) Elizabeth Anne Pleiss, better known as Anne, went to be with the Lord on July 16, 2020. Anne is survived by her husband of 30 years, Robert J. Pleiss, her two sons, Jon and James Preciado of Colton, CA her three grandsons, Zane, Wade and Chase Preciado and her granddaughter Shelby Pleiss. Anne was born in Pasadena, California to the parents of Edwin P. Westmoreland and Marilyn L. Long. She spent some of her youth in Pasadena; however, the family moved to the Inland Empire area where Anne attended San Bernardino High School and graduated in 1960. Anne was an attractive woman and competed and won the title of Miss Orange Show after being crowned by actor Raymond Burr. Anne was retired at the time of her passing, but while still working she had a 30-year career in the construction labor movement. The last half of her career in the labor movement was dedicated to apprenticeship and developing pre-apprenticeship and apprenticeship programs where young men and women could learn a trade while they earned, turn-out as a journey-person and be able to enter the middle class. In fact, Anne was credited with mentoring, through a pre-apprenticeship preparation program, the first female that tested, passed and was admitted into the Ironworkers Apprenticeship Program and through the same pre-apprenticeship program was able to mentor the first female to test, pass and be admitted into the Bricklayers Apprenticeship Program. Anne was also instrumental in developing apprenticeship programs for the LiUNA!- Laborers International Union in North America in Southern California, a trade that heretofore had never had an apprenticeship program and was considered unskilled by the other building trades. Unfortunately, Anne was ahead of her time and her efforts and the program she headed was closed after several years. However, two of the programs she created survived- the Brick Tenders Apprenticeship Program and the Plaster Tenders Apprenticeship Program and one program, the Southern California Plaster Tenders Apprenticeship Program is alive and well and turning out the safest, best trained and hardest working Plaster Tenders in the Wall and Ceiling segment of the construction industry. In 2008, at a graduation ceremony for Plaster Tender Apprentices, the Southern California Plaster Tenders Apprenticeship and Training Trust recognized Anne’s contribution to the success of their program and presented Anne with a plaque thanking her for her pioneering efforts to bring apprenticeship to the Plaster Tenders represented by the Laborers Union. Additionally, Anne’s efforts with the Laborers Union were not in vain and in 1999, after realizing that apprenticeship would be the key to the Laborers’ Union survival and growth, the Laborers went “all-in” into the apprenticeship arena. Today the Southern California Laborers Apprenticeship Program is nationally recognized and independently accredited as one of the best run apprenticeship programs in the country, turning out hundreds of men and women each year, who are highly trained, skilled and the safest working Laborers in the industry. It would not be a far stretch to state that Anne’s efforts while initially unsuccessful, was the first stone that today is the foundation of the Laborers Union’s Apprenticeship and Training Program in Southern California and Arizona. After retirement, Anne met her husband Robert Pleiss and they married after only a month or so of dating. Some don’t believe “in love at first sight”, but after (30) years of marriage I think they proved it is true! Anne kept herself busy for many years as a member of Child Help USA, Inland Empire Chapter and even served as their President at one point. She also was an active member of the Daughters of the American Revolution (DAR), Arrowhead Valley Chapter and served on their Executive Board. Anne was active in her church- the First Presbyterian Church of San Bernardino, serving as a Deacon and attending many activities of the Church over the years. While Anne enjoyed these activities, by far her favorite activities were keeping up with her grandchildren and her family. Anne loved her grandchildren and enjoyed spending time with them, taking them to lunch and going to their various extra-curricular activities. She loved her family and enjoyed cooking for them over the holidays and on Sundays. Anne had many friends that she cherished, and she loved to boat, camp and laugh. Anne was bigger than life and lived most her life by the motto: “you can sleep when you’re dead!” Anne, Oma, Mom, Auntie Anne were all names by which she was known and she will be sorely missed by her family and her friends that knew her best and loved her dearly. We know two things for certain: 1) she is in a better place and enjoying being with her loved ones who preceded her in death; and, 2) the world was a better place with her in it.

Services are pending until further notice. Elizabeth Anne Pleiss (Westmoreland) Elizabeth Anne Pleiss, better known as Anne, went to be with the Lord on July 16, 2020. Anne is survived by her husband of 30 years, Robert J. Pleiss, her... View Obituary & Service Information

The family of Mrs Elizabeth Anne Pleiss created this Life Tributes page to make it easy to share your memories.

Services are pending until further notice.

Send flowers to the Pleiss family.