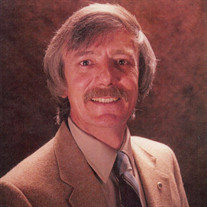 Edward Eugene Gardner, “Mr. Ed” or Eddie to most, died peacefully at home, surrounded by loved ones, in San Bernardino, CA on Sunday, May 17, 2020 at the age of 82. Ed is survived by his children Edward (Scott) Gardner, wife Yolanda, Allen Gardner, wife Tia, Douglas Gardner and Pamela Escamilla, husband, Tony. His grandchildren, Edward (Gregory), Bethany, Rebecca, Michael, Emilia, Kristofer, Jacob, Samantha, Ryan and Brooke. Great grandchildren and God grandchildren, Davis, Emmabella, Aidun, Frankie, Beckett, Shelly, (little)Jacob, and Phoebe. His siblings, Roland, Sid and Audrey. He also loved and considered Helen’s brother Mike and sister Ruth as his own. Many nieces, nephews and friends. He was preceded in death by his wife of 59 years, Helen Gardner, and his brothers, Jerry Gardner and David Ellsworth. Ed was born in Imperial, Ca to Anna L. and Jerrell Gardner. He graduated from San Jacinto High School and married Helen a few years later in 1959. He worked for the local newspapers in San Jacinto and Hemet then, after moving to San Bernardino, began working for The Sun Telegram. He moved on from the newspapers to own his own businesses, Gardner Printing and Gardner Rubber Stamp Co., then returned to The Sun Telegram before he “really” retired. Eddie and Helen had many adventures together and together with their children. These times camping and exploring were what Eddie described as his favorite times in life. Ed (and Helen both) loved spending time at their Arizona home, and boating on Lake Mead. We all will remember Ed as the best Dad a kid could wish for, a best brother and friend too. We will miss him so very much. Ed was active in many groups and clubs. From the early years in the PTA, Boy Scouts and Exchange Club, to his more advanced hobbies in singing in the Barbershop Quartet Group (SPEBSQSA), Rockhounding and Silversmithing with OBMS (Orange Belt Mineralogical Society). Ed found a love for and importance of Genealogy, tracing his and Helen’s family back many generations. He was a member of the NRA, Mojave Arms Collectors Association, and was an avid shooter (target shooting). He also enjoyed camping, fishing, woodworking and being an all-around Handy Guy. Ed was drafted into the Army in 1961 to 1963, the served in the reserves until 1967. He was a medic, serving stateside and also earned a Marksmanship Honor. He was very proud of the United States Military and had a great love for his country. A Graveside Burial will be scheduled in the near future at San Jacinto Valley Cemetery, depending in the status of the Covid19 situation. Pam Moore will officiate the ceremony. All are welcome to attend and celebrate Eddie’s life. Please contact Bobbitt’s or a family member for further dates and information.

Edward Eugene Gardner, &#8220;Mr. Ed&#8221; or Eddie to most, died peacefully at home, surrounded by loved ones, in San Bernardino, CA on Sunday, May 17, 2020 at the age of 82. Ed is survived by his children Edward (Scott) Gardner, wife Yolanda,... View Obituary & Service Information

The family of Edward Eugene Gardner created this Life Tributes page to make it easy to share your memories.

Send flowers to the Gardner family.