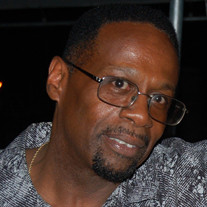 Donald Smith was born on June 24, 1945 in Cincinnati, Ohio. He is the 7th of 9 children born to Oscar Smith Sr. and Mamie Louise Hill Smith of Yazoo City, Mississippi. The family attended Calvary United Methodist Church and the York Street Methodist Church. Donald and his siblings were very active in Church activities and recited biblical stories at Church functions. Donald attended Heberle Elementary School, Bloom Junior High, and graduated from Central High in 1963. As a young man he moved to Ann Arbor, Michigan and was quickly drafted in the Army in 1964 where he served 3 years. Returning to Cincinnati, Ohio he continued his education to graduate from the University of Cincinnati. In the following years, he met his future wife Maria. They were married and gave birth to his first child, Donald Jr. Donald moved his family to Houston, Texas where his second son David was born. There he managed a large restaurant chain and received a corporate recognition award. Donald was very disciplined and passionate and thrived as a successful entrepreneur for many years. In his later years, he became a teacher and state compliance official for a reputable charter school in San Bernardino, California. Most recently he retired early 2018 after 15 years of service at the PAL Center. On April 21, 2018, Donald’s journey was complete and he transitioned to be home with the Lord. Donald is survived by sons Donald Jr., David and his wife Kelly, two granddaughters Naima and Nalaya, sister Helen Witt, brothers Douglas and Terry Smith, and a host of nieces, nephews, and extended family. Preceding him are his wife Maria, father Oscar Smith Sr., mother Mamie, and siblings Turner, Annie, Oscar, Sylvester and Dewey Smith.

The family of Donald Smith Sr created this Life Tributes page to make it easy to share your memories.

Send flowers to the Smith family.