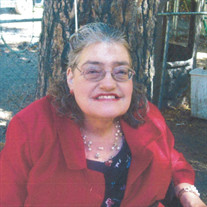 If I was told of a woman, that in her life, was married for 45 years, had four children (with the middle two being identical twin boys), obtained a Bachelor’s degree in Psychology, and traveled on long camping road trips and short trips of camping, one would say that woman was accomplished. Dee did it all from her motorized wheelchair! She learned to speak Spanish well enough that a caller on the phone asked her when she got here from El Salvador. The young man was a bot disappointed. He started to flirt with Dee since he was a lonely single guy. She had to let him down by telling him she was married. Pobre sito soltero. Before Covid, she would make runs from our house to the local grocery store, post office, or go for some hot chocolate. When I fixed her up to leave in her chair, I knew I had two to three hours to do house chores. It wasn’t distance that made a long trip, so many people wanted to talk with her. She exuded being positive in a tough situation. Some are here today. There is a legitimate question of why she died at age 65? The more pertinent question is why she didn’t die 6.5 hours after birth. She was a preemie with a birth weight of about 3 lbs. Dee told me that she fit in the hand of her father, who did have large hands. The science and applied technology of the time for low-birth weight babies was in its own birth. However, she made it. Her parents were advised to institutionalize her, thank you mom and dad for not doing that. My entrance on the scene was at Los Angeles Valley College. Dee was told about the devil but she was not told it could be with blue eyes and blue jeans! She was crying in the cafeteria about failing an algebra test. I did tutoring in algebra so I started to help her. I also helped her with swimming so she could compete in the exceptional games. This was the sweet side of the story we told but in the last ten years she succinctly said, “I stole him!’. The answer to the question of how we stayed together for so long was the pithy remark, “He’s trainable.” So, I believe I have given a window into Dee Ann Heath.

If I was told of a woman, that in her life, was married for 45 years, had four children (with the middle two being identical twin boys), obtained a Bachelor&#8217;s degree in Psychology, and traveled on long camping road trips and short trips... View Obituary & Service Information

The family of Deeann Heath created this Life Tributes page to make it easy to share your memories.

Send flowers to the Heath family.