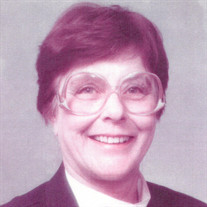 Catherine M Below went to be with her Lord on Saturday, August 19, 2017 with her husband, Howard, by her side. Cathy was born March 6, 1931 at the West Point Military Academy Hospital in New York to Jasper and Marguerite Bronzini. She spent her early childhood living at West Point where her father was stationed in the army. She graduated from Highland Falls High School in 1948 and studied at Potsdam State Teachers College where she graduated with a B.S. in Education. She taught 6th grade for many years; both in upper New York and Cornwell on the Hudson. That’s where she would meet her future husband, Lt. Howard Below, an Air Force Pilot, stationed at Stewart AFB, New York. They had their first son, Howard, there in New York before moving to Big Springs, Texas, where Cathy gave birth to their daughter, Barbara. From Texas, Cathy went with her husband to Germany, where he was stationed for 4 years. Then they moved to Colorado Springs, CO, where she gave birth to their Son, Scott. Another transfer sent them to Andrews AFB in Maryland. Their final stop would be Norton AFB in San Bernardino, CA where they would eventually retire, and have lived for 42 years. As an Air Force wife, she was very active in the Officer’s Wives Club and founded a group called Lysa Strata, a morale group for the working airmen. She obtained her Real Estate Broker’s License and there Cathy Below & Associates was born. She was a broker for 39 years and served twice as 1st Vice President of the San Bernardino Board of Realtors. She was able to successfully balance her career with raising 3 children. She loved her family and lived a full and successful life. She is survived by her daughter, Barbara, her son, Scott, her 8 grandchildren: Scott, Tabitha, Sam, Kelsey, Hannah, Dillon, Christopher and Matthew; and 3 great grandchildren. Flowers may be sent to Bobbitt Memorial Chapel, 1299 E Highland Avenue, San Bernardino, CA 92404. Phone number 909-882-3761. Viewing will be Monday, August 28, 2017 from 11:00 to 12:00, Service to follow. Burial will commence at Montecito Memorial Park at 3520 E Washington Street, Loma Linda, CA.

Catherine M Below went to be with her Lord on Saturday, August 19, 2017 with her husband, Howard, by her side. Cathy was born March 6, 1931 at the West Point Military Academy Hospital in New York to Jasper and Marguerite Bronzini. She spent... View Obituary & Service Information

The family of Catherine M. Below created this Life Tributes page to make it easy to share your memories.

Catherine M Below went to be with her Lord on Saturday, August...

Send flowers to the Below family.