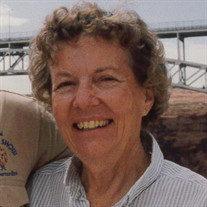 Barbara Leonard joined the Lord and her husband on February 14, 2019. Born in a ranch house in Ontario, Ca to Francis Henderson and Eliza Mae Wright on September 24, 1922. The family moved to Highland Ca. a year later to the ranch house that stands on Baseline and the 210 freeway. She attended San Bernardino High School, graduating in 1940. It was during high school that she met the love of her life, William E. Leonard lighting smudge pots in the family’s groves. The Henderson family was one of four families that brought citrus to the Valley. After high school Barbara attended UC Berkeley. Bill followed his love to Berkley and talked his way into being admitted so that he could be with her. Barbara graduated with her degree in nursing in 1944. That same year they were married on February 29. By this time Bill was enlisted and she was working, leap year day was the only day available for the ceremony.. Barbara moved back home to Highland while Bill served in the Pacific Theater. She continued working as a nurse until their first child was born. She went on to be highly involved in the community. She was actively involved in the Assistance League, Republican Women, National Charity League, Presbyterian Women, American Red Cross, San Bernardino Valley College and California State University San Bernardino. Once her children were out of high school she went back to school and completed her Masters in Public Health in from Loma Linda University. She was preceded in death by her parents, her sister Shirley Schneider and brother Francis (Bud) Henderson. She is survived by her children William Leonard, Sacramento Ca, Christene Leonard, Stanton KY and Frederick Leonard of West Melbourne Fl, her eight grandchildren; Michael Leonard, Timothy Gergen, Jacob Leonard, Liza Wilson, Jennifer Drake, Stephanie Ploeger, Valerie Carr, Garrett Leonard and her eleven great-grandchildren; Jackson Wilson, Katie Gergen, Grace Wilson, Sophia Drake, Joshua Ploeger, Grant Carr, Isabelle Ploger, Gavin Leonard, Timber Drake, Sadie Drake and Henry Leonard. Services will be held on Saturday, March 16, 2019 at 1:00 p.m. at the First Presbyterian Church of San Bernardino, 1900 North “D” Street, San Bernardino Ca. 92408. In lieu of flowers the family requests donations be made to the William and Barbara Leonard Nursing Scholarship at San Bernardino Valley College. Donations may be made online at SBVCfoundation.org or made payable to SBVC Foundation Attn: Leonard Scholarship and mailed to SBVC Foundation 701 South Mt. Vernon Ave., San Bernardino, CA 92410.

Barbara Leonard joined the Lord and her husband on February 14, 2019. Born in a ranch house in Ontario, Ca to Francis Henderson and Eliza Mae Wright on September 24, 1922. The family moved to Highland Ca. a year later to the ranch house that... View Obituary & Service Information

The family of Mrs Barbara Leonard created this Life Tributes page to make it easy to share your memories.

Barbara Leonard joined the Lord and her husband on February 14,...

Send flowers to the Leonard family.