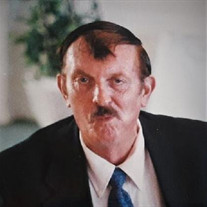 Augie Ray Cowan Sr., 80, of Riverside, CA passed away on Thursday, March 28, 2019. He is survived by his two sons Augie Cowan Jr. and Kyle Clinton Cowan, and his daughter, Rennie, and Grandson Augie Ray Cowan III and Grand Daughter Andrea Caroline Cowan. Augie Cowan Sr. was preceded in death by an infant daughter, Andrea Cowan in 1984. Visitation will be from 5 to 7 p.m. Tuesday, April 9, 2019 at Bobbitt Memorial Chapel, 1299 E. Highland Ave. San Bernardino with funeral services at 11:30 a.m. Wednesday, April 10, 2019 at Bobbitt’s. Interment to follow with military honors at Riverside National Cemetery, 22495 Van Buren Blvd., Riverside, CA. Augie Cowan Sr., son of August Truman Cowan and Letty Hughes Cowan, was born at White Memorial Hospital on January 1st, 1939. He grew up in Los Angeles, CA and graduated from Hawthorne High School in 1957. He went to school with the Beach Boys and was a Music Major. He also played football, baseball and basketball at Hawthorne High. He served in the U.S. Army and is a Veteran with honors. After the military he attended El Camino College as a Music Major. He played in his own band in the early 60’s and owned a red convertible 1963 corvette. He got married to Sandra Arlene Cowan in 1967 and she is the mother of his children. He was a loving Dad and a good Christian. He put his children in youth sports and enjoyed coaching. He earned his A.A. Degree in Contracting License in 1993. He worked in aerospace at TRW for 33 years, retired in 1998, and played fast-pitch softball from the late 60’s to the early 90’s in the aerospace league. Softball was his passion, and he could throw at 90+ MPH. His team was called the Hall of Fame, and they won a championship almost every year. He became a painting contractor in his retirement years, a successful small business called Augie’s Painting. During those later years, he enjoyed playing music in his music studio at home; the sax and the electric keyboard, and attending his grandson’s sporting events. He loved Christmas and Holidays with the family and being a Grand Dad. We love you, Dad.

The family of Augie Ray Cowan created this Life Tributes page to make it easy to share your memories.

Send flowers to the Cowan family.